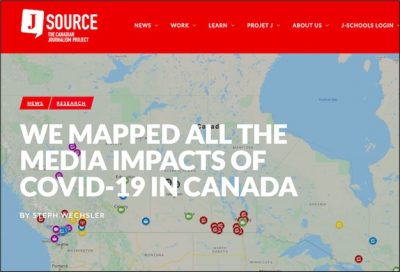 Even in retirement, J-School professor emeritus Christopher Waddell is leading an effort to secure an expanded future for J-Source — the country’s most important publication for news and analysis about Canadian journalism.

J-Source has launched a fundraising campaign that targets Giving Tuesday — Dec. 1 — for a major push to generate $25,000 through Carleton University’s FutureFunder program.

And Prof. Waddell, publisher of J-Source and former director of Carleton’s School of Journalism and Communication, is urging all those who care about the future of the profession in Canada to support the cause.

“I’ve been a strong supporter of J-Source because it gives us a place to talk about the issues in Canada that face journalism, news organizations, journalism students, programs and faculty,” said Prof. Waddell.

“There is a flood of journalism-related material from the United States easily available to us — but we are not the United States,” he added. “Our culture, our media environment, our post-secondary institutions and the interests of our students and the general public are not the same as in the United States. Neither are the potential solutions to the challenges journalism faces today. J-Source focuses on Canada and Canadian issues in a way no one else does.” 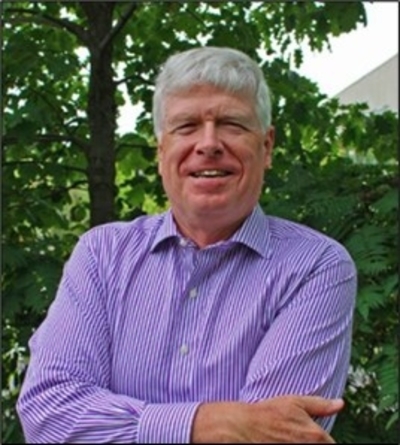 Operating in English as J-Source.ca and in French as ProjetJ.ca, it’s the go-to-source for news about the people, institutions and best practices of journalism in Canada, and an outlet for the work of journalism schools and students across the country.

“As the home of Canada’s oldest journalism program, Carleton has a responsibility to play a leading role in encouraging those debates and discussions in Canada that will help journalism make the transitions needed to new forms of reporting for new audiences while retaining our traditional strengths,” said Prof. Waddell. “J-Source helps make that happen, and we all benefit from that.”

The current fundraising campaign aims to “translate a long-held vision into an expanded mandate” for J-Source.

“One dimension of that growth is the Canada Press Freedom Project, an initiative underway with the support of the 2020 Michener-L. Richard O’Hagan Fellowship for Journalism Education,” states the J-Source fundraising pitch. “It will provide Canada’s only source of ongoing data, analysis and educational tools on press freedom incursions and violations across the country. The CPFP website, database and inaugural report are all in the works for 2021.”

The fundraising initiative was also designed to support J-Source’s plans to bolster its network of academics and engaged supporters who study journalism, and provide editorial direction and written contributions as part of their research activities. 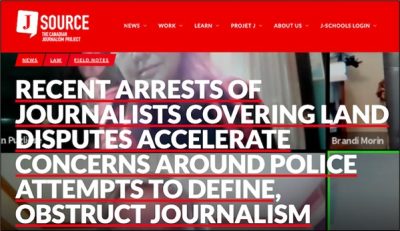 The expanded roster of contributors is needed to “develop regular content on issues from innovation and race to technology and labour” in the ever-changing world of journalism.

On Giving Tuesday, Carleton will issue a tax receipt for all donations and match contributions received on a first-come, first-served basis starting at 12:01 am on Tuesday, Dec. 1, up to a dollar limit that will be reached some time during the day, doubling the benefit for J-Source.

Prof. Waddell joined Carleton in July 2001 after 10 years at CBC Television News, where he was initially senior program producer for The National. From 1993 to 2001, he was CBC-TV’s Parliamentary Bureau Chief in Ottawa and Executive Producer News Specials, with programs under his direction winning six Gemini awards for television excellence.

He previously worked as an economics reporter with the Globe and Mail’s Report on Business, winning two National Newspaper Awards.

Prof. Waddell received a Ph. D in Canadian History from York University in Toronto in 1981, and is the author of many publications, including 2020’s The End of the CBC? with co-author David Taras.

After leading Carleton’s journalism program for many years, and prior to his retirement earlier this year, Prof. Waddell served as the founding director of Carleton’s Bachelor of Media Production and Design program at the School of Journalism and Communication.